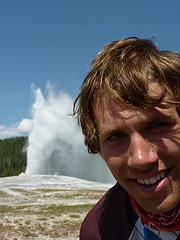 I graduated from Brighton University in June 2009 and have since been living in Innsbruck (Austria), working various jobs including gardening, working in a small lampshade factory and servicing skis! All as an excuse to enjoy time in the mountains. After cycling across the USA last summer I was left with a thirst for bicycle touring as it is the best way of exploring a country – you are always put into intimate contact with both the local environment and people.

For me, one of the biggest appeals of making this trip to Hong Kong is observing and documenting the cultural transformations that will occur along the way.

Having studied Environmental Sciences, I am very interested in sustainable development, and am of the firm belief that a clean, accessible and secure water supply must first be achieved before any community can begin to work towards this. Since WaterAid works alongside local communities using appropriate, low cost technologies in 23 countries, it is a charity that I am very impressed by and wish to support through fundraising. 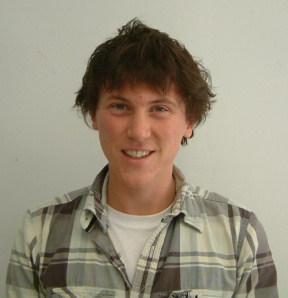 July 2009 and its graduation time for the Environmental Science students at the University of Brighton and time to take a step back from student life and try very hard to find a job!

I began sending off job applications and attending interviews but the message was clear,  more experience was required if you wanted to be paid! Before long I began to find my thoughts wandering onto the trip that I had for the past year or so been keen to pursue.

I have always enjoyed to cycle and for as long as I can remember cycling has provided me with a means of transport and a recreational activity. Cycling to Hong Kong was an idea I came up with, while my flat mate at the time (Jon Lee) was planning his summer 2009 trip across America from New York to Seattle.

It was around January 2010 when I received a phone call from Jon, who suggested to me a cycle from the UK to Cape Town. I was instantly taken by the prospect of heading off into the distance on an epic cycle touring trip and so preliminary route planning commenced. The idea of cycling to Hong Kong had been put to one side but after a short while we realised that the Hong Kong trip was not so unattainable and only slightly further than  Cape Town. Both Jon and myself agreed that Hong Kong is where we would like to cycle to. There are many things to consider between now and Feb 2011 (our intended departure date), saving up, planning and fundraising begins!

Jim was due to join us on the trip but has unfortunately been advised by his doctor not to take part, following a diagnosis of Osgood-Schlatter Disease. Going ahead with the ride would have severe long-lasting medical implications for Jim. We wish him all the best for a steady recovery.